So, As 2018 came to an end, the last wedding of the year was to be New Year’s Eve at the the awesome venue Hunters Hall, Swanton Morely for Lauren & Carl – The New Mr & Mrs Shiplee!

After speaking to the couple leading up to the big day Carl was a big 80’s and Ibiza anthems fan, so i knew from the start it was going to be an amazing night. Starting the night I started with some 70’s, 80’s and recent dance floor fillers to set the mood and get everybody warmed up for the evening. As the evening went on at approx 10pm i started to get some dance classics like Robin S, lmfao and livin joy into the mix – the dance floor was rammed and atmosphere was buzzing!

At approx 11pm i switched up to some older classics 60’s, 70’s like do you love me, shake-a-tailfeather and Proud Mary and sing-a-longs ramping it up for the big countdown to head upto 12am into the new year. last 20 mins before we headed into 2019 it was time to crank in Mr. brightside, sex on fire and Chelsea Dagger…… 10 mins before the countdown Lauren did her bouquet Toss into the crowd (caught be one of the best men)!!

Last two songs of 2018 we sang-along to Queen don’t stop me now followed by Journey Don’t stop believing……… then it was here the big 10 second countdown to head into new year. Big Ben then chimed, the atmosphere was absolute electric, then…. in comes Auld Lang Syne. WoW is all I can say!!!

Last 1hr til the end was back on the recent dance and Ibiza classics. 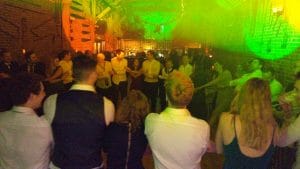 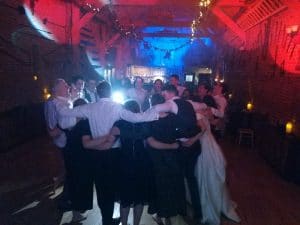 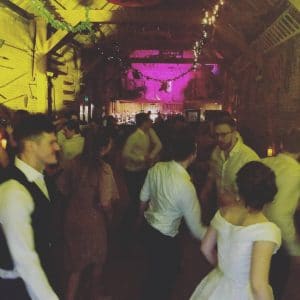